Thank you for visiting Richmond's Black History Corner. Here you will find various facts on Black History in Richmond. Hopefully this will wet your appetite for researching deeper into the Black History of Richmond to discover the pride, roots, and beginnings in various areas, such as arts & culture, the WWII era, athletics, business, entertainment, politics and more. Let's get started with information about this year's Black History Month celebration.

The City of Richmond Community Services Department is co-hosting a 2021 Black History Month virtual celebration with Bright Futures on Saturday, February 20, 2021 at 2:30pm via zoom. Phone 510-620-6793 for more information about the virtual History in the Making webinar.

Black History in our City:

One of the first downtown African American-operated businesses was O.B. Freeman's Shoe Shine at 1319 Macdonald Avenue.

This place in the heart of Richmond's commercial district was fondly remembered by Gus Sonoda, whose family ran a shoe repair store on 10th Street, as a pre- WWII gathering place for "hot-rodders." 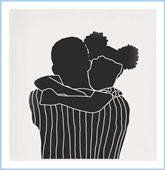 The Maritime Child Development Centers -- created and maintained to enable women to work 'around the clock -- did not serve African American children. However, there was such a strong tradition of collective parenting brought with them from the South, that it mattered little to black families. It didn't take long before that collection of hard-working heroic strangers created "community" in North Richmond and parts of Berkeley and Oakland - wherever housing could be found, and began to set down roots in the West, despite the continuing handicap imposed by racism.

Like many thousands of African Americans who answered their country's call after the bombing of Pearl Harbor, their parents came to work in the Kaiser Shipyards during WWII.

Dr. Joycelyn Elders, rose to become the Medical Director for the State of Arkansas and later was named by President William Clinton as Surgeon General of the United States of America.

mission was -- not to conduct a social experiment in race relations -- but to use his power to build ships faster than the enemy could sink them. He did that; 747 were built here in Richmond, some in as little as 4 days. Kaiser created and trained a huge unskilled workforce of women, aging men, and those too young or disabled to fight. To accomplish this, Kaiser Permanente recruited black and white people from the southern states of Texas, Louisiana, Mississippi, and Oklahoma. Those he brought together in Richmond would not be sharing drinking fountains, schools, public accommodations, even cemeteries, in their places of origin for another 20 years; not until the Sixties. Into a town (Richmond) of 24,000 would come 108,000 over the next four years, bringing with them a system of racial segregation and inequality that would set the stage for the Civil Rights struggles that would follow. An argument can be made that the Civil Rights Revolution that swept the nation in the Sixties may have had its genesis right here in Richmond, California, as an unintended consequence of the dynamics set in motion in the cause of securing the victory over the enemy, and saving the world from tyranny.

entertained at Kaiser Shipyard III at the launching of the George Washington Carver.

on South Street. During the early days that preceded the creation of the Sleeping Car Porters Union under A. Phillip Randolph and C.L. Dellums who was the strong president of the East Bay NAACP.

At that time the Pullman company serviced its cross-country rail cars at the huge plant on Carlson and South, the western terminus of their runs. There was a hotel that served the "layover" white workers on the corner of Carlson (since demolished). Black porters (barred from the Pullman) stayed at the International Hotel about a block away, where there were 20 small second story rooms and a large reception area on the ground floor. This certainly must have been the site of much organizing and socializing that eventually led to the establishing of the (national)

that caused such a stir in Washington during the Roosevelt administration. That building still stands.

A Berkeley woman, Mrs. Frances Albrier, was the first black woman to apply for work at the Richmond Kaiser Shipyards.

She was at first refused, but persisted and was eventually hired. Mrs. Albrier has a rich history in the Bay Area that includes activism that broke workplace and housing barriers in the City of Berkeley and that led to a South Berkeley community center being named in her memory at San Pablo Park. Today, Mrs. Albrier's son is the chief engineer on the Red Oak Victory berthed here in Richmond.

who currently works as a ranger at the National Parks Service. She is the eldest active ranger in the Parks Service serving the Richmond community and visitors at the Rosie the Riveter/ World War II Home Front National Historic Park. Ms. Soskin was born in Detroit in 1921, but has lived in the Bay Area most of her life. She has worked as a shipyard worker, owner of a record store, singer and composer, as well as a field representative for previous California State Assemblywomen Dion Aroner and Loni Hancock. Ms. Soskin began her work as a park ranger in 2006 shortly after participating in the planning stages to establish and open the park in 2000.

Ms. Soskin’s passion for the National Parks Service began during the planning stages of the Rosie the Riveter Park. While sitting in meetings discussing the opening of the park, she realized a lot of history would be left out if it only focused on white women’s roles during the war effort. Ms. Soskin herself was the only person of color at the planning table and believed, “what gets remembered is determined by who is in the room doing the remembering.” She believes it is important to remember and discuss the racial segregation of the war effort and the unremembered heroes of color who helped win the war. Ms. Soskin’s historical narratives provide the park accurate, and primary source, information regarding people of color who are often forgotten. She had no intention in ‘whitewashing’ the history of the war effort and bringing authentic viewpoints front and center.

In 2018, Ms. Soskin published her memoir, Sign My Name to Freedom, discussing her family’s origins. Her story provides readers a preview of the changes in segregated America from the inception of slavery to modern day times.

Ms. Soskin’s vast contributions to society have also led to her state and nation wide awards such as being named a 1995 “Woman of the Year” by the California State Legislature and an honoree of the National Women's History Project for 2006. In 2015 she had the honor of travelling to Washington, DC to light the national Christmas tree and to introduce President Barack Obama.

Ms. Soskin remains dedicated to her work at the Rosie the Riveter Park and enjoys sharing her stories of the past. She continues to be a passionate leader and advocate for people of color through her work at the Park Service and other public speaking engagements.

Black Elected Officials in the City of Richmond

Shirley traces the development of the African American community in Richmond, California, a city on the San Francisco Bay. This readable, extremely well-researched social history, based on numerous oral histories, newspapers, and archival collections, is the first to examine the historical development of one black working-class community over a fifty-year period. Offering a gritty and engaging view of daily life in Richmond, Shirley Ann Wilson Moore examines the process and effect of migration, the rise of a black urban industrial workforce, and the dynamics of community development. She describes the culture that migrants brought with them - including music, food, religion, and sports - and shows how these traditions were adapted to new circumstances. Working-class African Americans in Richmond used their cultural venues - especially the city's legendary blues clubs - as staging grounds from which to challenge the racial status quo, with a steadfast determination not to be "Jim Crowed" in the Golden State. As this important work shows, working-class African Americans often stood at the forefront of the struggle for equality and were linked to larger political, social, and cultural currents that transformed the nation in the postwar period.

Thank you for visiting.