The General Plan is our blueprint for how and where the City will grow in the future. It guides City decision making on a wide range of issues that affect daily life in the community, from land use, transportation, economic development, and human services to community health and wellness, public safety, and more. All told, there are 15 General Plan elements with policies and action programs in each of them.

Our General Plan was last comprehensively updated in 2012. A decade has passed since then, and the City is now focusing on updating portions of the plan to address emerging issues. Specifically, the City is updating the Housing Element and the Public Safety and Noise Element. A new General Plan Element is also being prepared that will address Environmental Justice and lay out a new roadmap to help the City achieve its Environmental Justice goals. 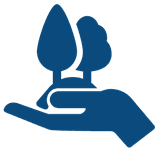 The 2030 General Plan envisions Richmond as a place where everyone can live a long, healthy, and opportunity-filled life, no matter who they are or where they come from. An important factor that shapes people’s health and opportunity is their environment. Environment doesn’t just mean “nature”—it includes all components of our daily lives. Not everyone has the chance to live their healthiest lives because of environmental injustice, which means that certain geographies and groups of people unfairly and disproportionately experience higher exposure to pollution, greater health burdens, and less access to things that keep people happy and healthy, like parks to play, safe and affordable places to live, good jobs, schools, and stores that meet basic needs. These disparities have not been fully addressed in the current General Plan, hence the need for a new Environmental Justice Element.

Evacuation Route Planning for the Public Safety and Noise Element

The Public Safety and Noise Element is being revised to add information about evacuation route planning. This is in response to State law, which calls for such citywide route planning as a part of emergency preparedness in communities exposed to high wildland fire hazards, which is the case in Richmond. This work will include identifying residential neighborhoods that may only have a single point of access and planning for their needs.  More specifically, the technical amendments to the Public Safety and Noise Element will include the following: