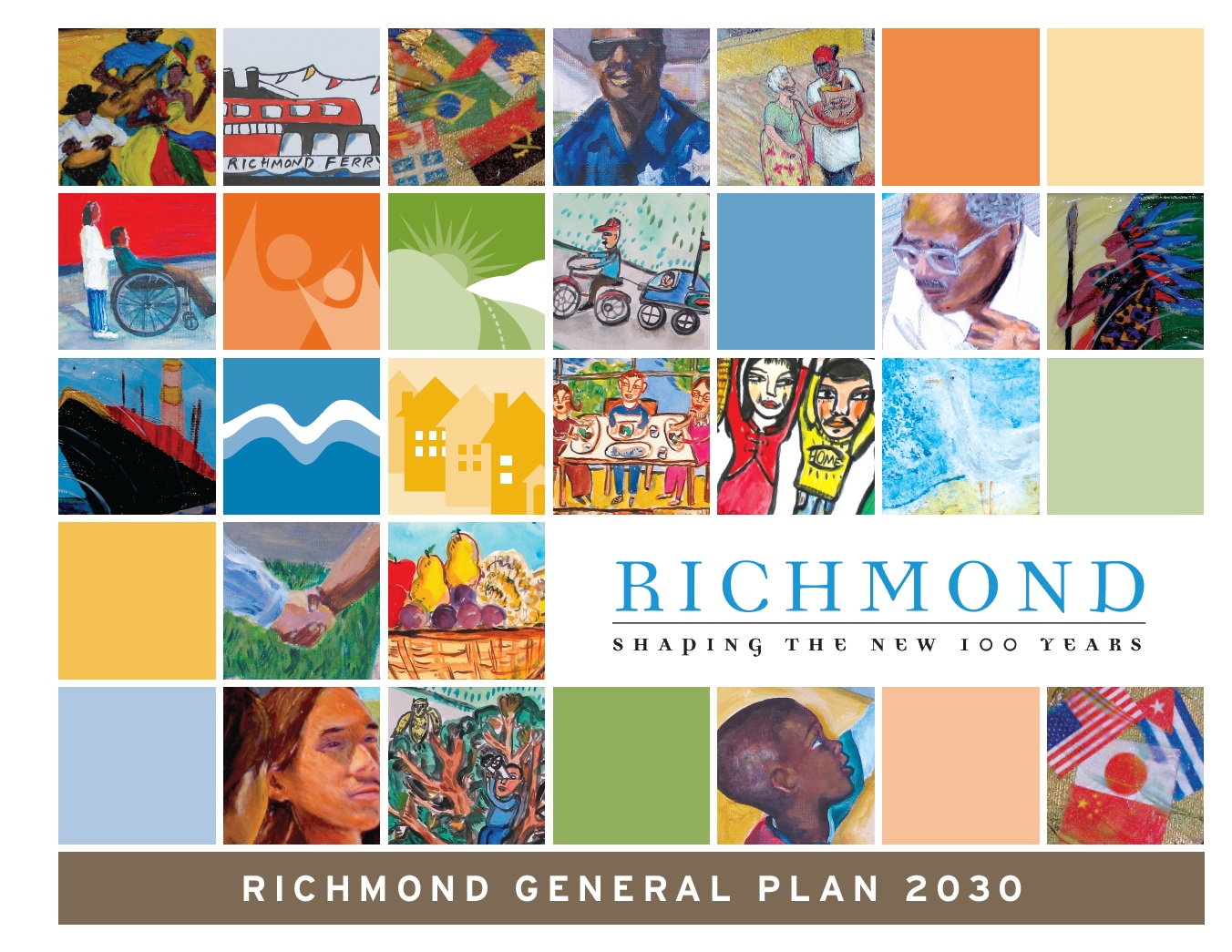 On April 25, 2012, the Richmond City Council adopted a new General Plan to guide the City's sustainable growth and development. The General Plan provides a comprehensive framework for developing a healthy city and healthy neighborhoods. While General Plans are required by the State of California to contain seven elements, the City of Richmond's General Plan 2030 contains 15 elements addressing land use, economic development, housing, transportation, climate change, public safety, arts and culture, and open space conservation strategies. Additionally, the City of Richmond is one of the first cities in the country to include a comprehensive element dedicated to community health and wellness.

The General Plan 2030 seeks to accommodate open space and increased access to public parks as well as growth in mixed-use, high-density infill development around the City's inter-modal transit center and along its key commercial transit corridors.

Richmond’s General Plan 2030 is the culmination of an extensive five-year community visioning and planning process that involved the participation of over 2,000 community members and representatives from local non-profit organizations, advocacy groups, public agencies, industry and business representatives, educational institutions, and nearby local governments.

Sections from the adopted Richmond General Plan 2030 can be downloaded below. All development projects approved in the City must be consistent with the goals and policies of the newly adopted General Plan.